CLICK HERE for the Resolution that designated the RVCOG (Rogue Valley Council of Governments) as the MPO for the Greater Medford Urbanized Area.

What jurisdictions and agencies make up the RVMPO?

With an estimated population of 175,447, the RVMPO encompasses the urbanized areas of Jackson County and includes the cities of Ashland, Central Point, Eagle Point, Jacksonville, Medford, Phoenix, and Talent, along with the unincorporated area of White City, and the surrounding areas of Jackson County, Oregon.

The RVMPO Policy Committee is the organization’s decision-making board and consists of elected officials from Jackson County and each of the seven cities, along with representatives from the Rogue Valley Transportation District (RVTD), which is the area’s public transit provider, and the Oregon Department of Transportation (ODOT), which is the state agency that oversees transportation planning in Oregon, as well as the allocation of federal funds. A Technical Advisory Committee (TAC) made up of planners and engineers from the MPO’s member jurisdictions provides the Policy Committee with technical advice on plans, programs, and policies that the MPO has developed. A Public Advisory Council (PAC) also advises the policy board, helping to ensure citizen input into the decision-making process. 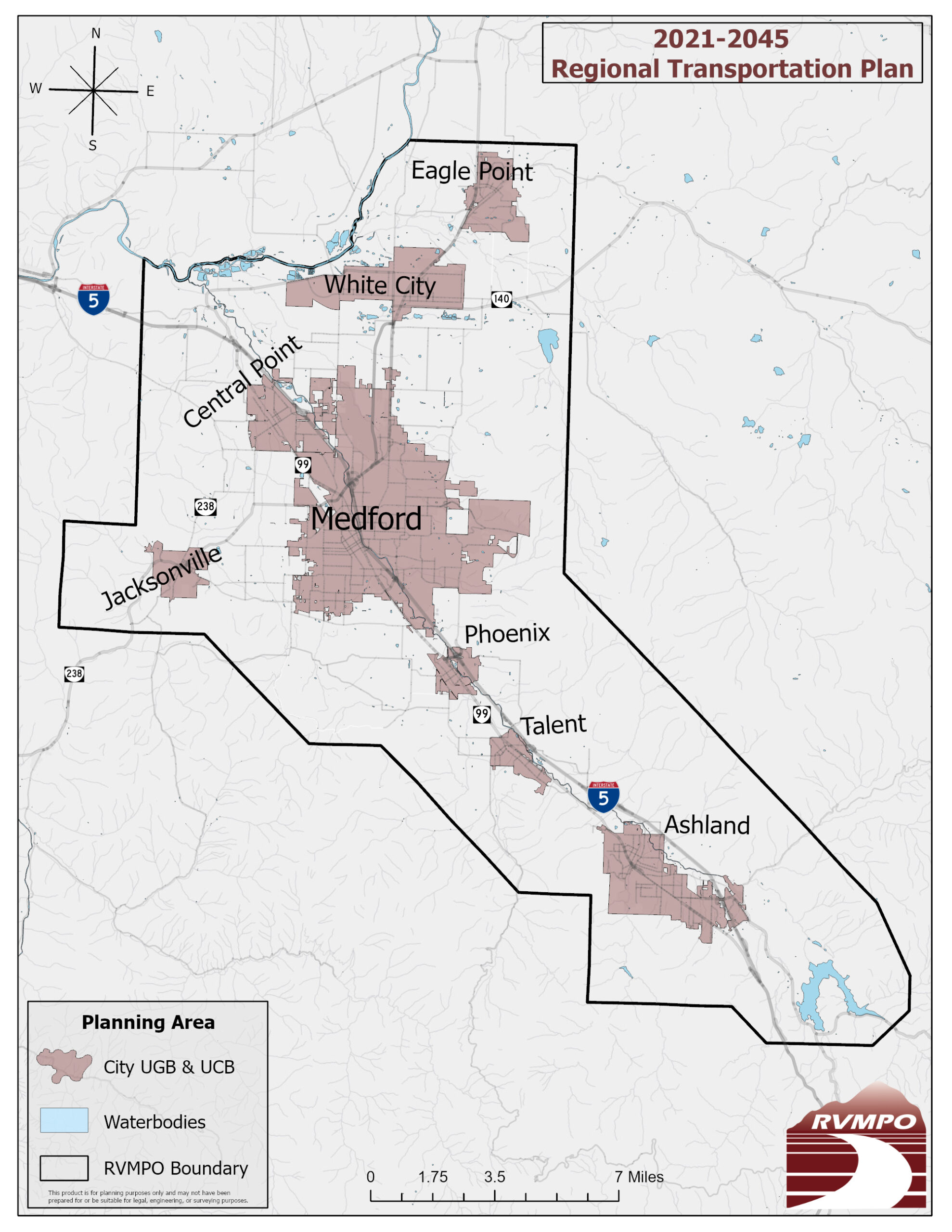 What does the RVMPO do?

With this in mind, the RVMPO carries out three major work activities: 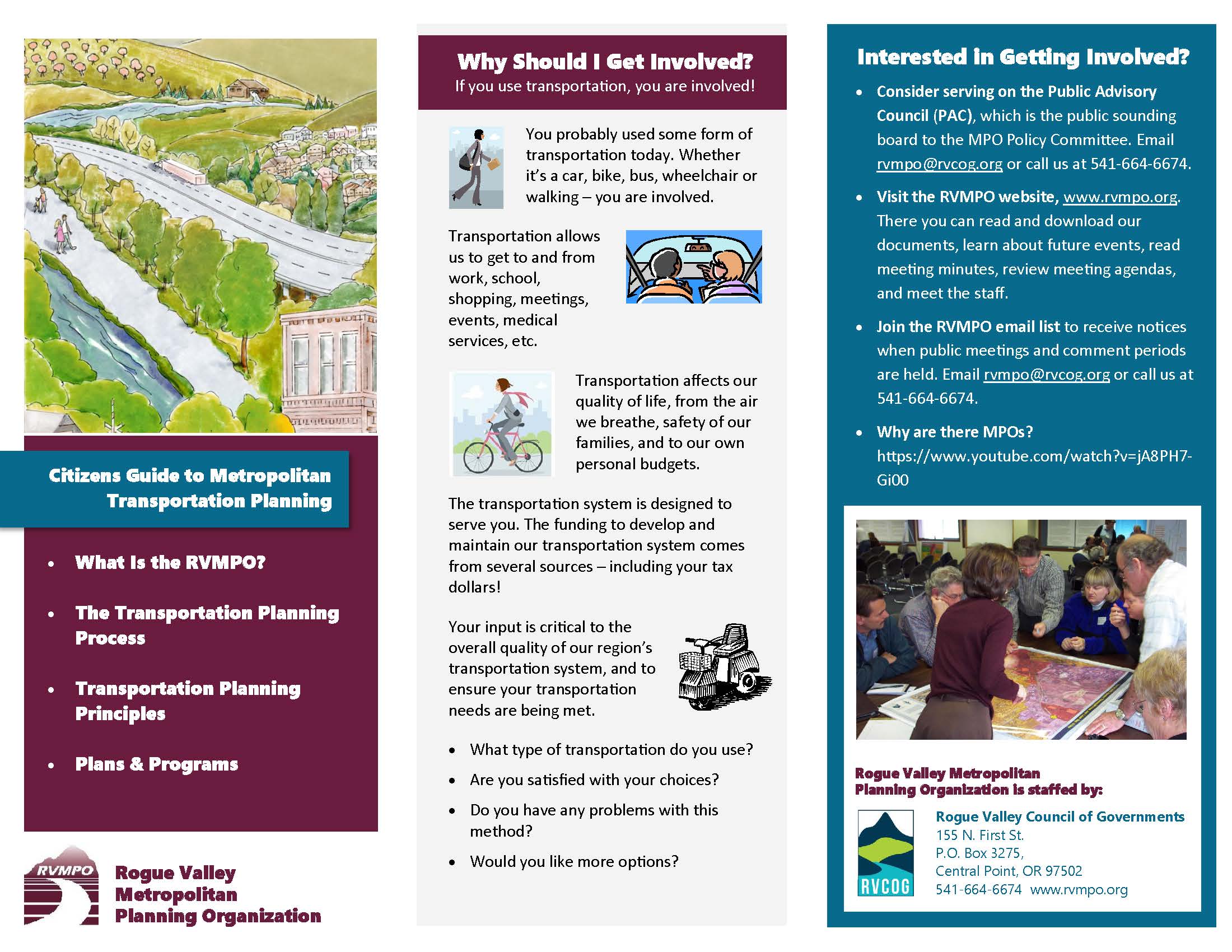 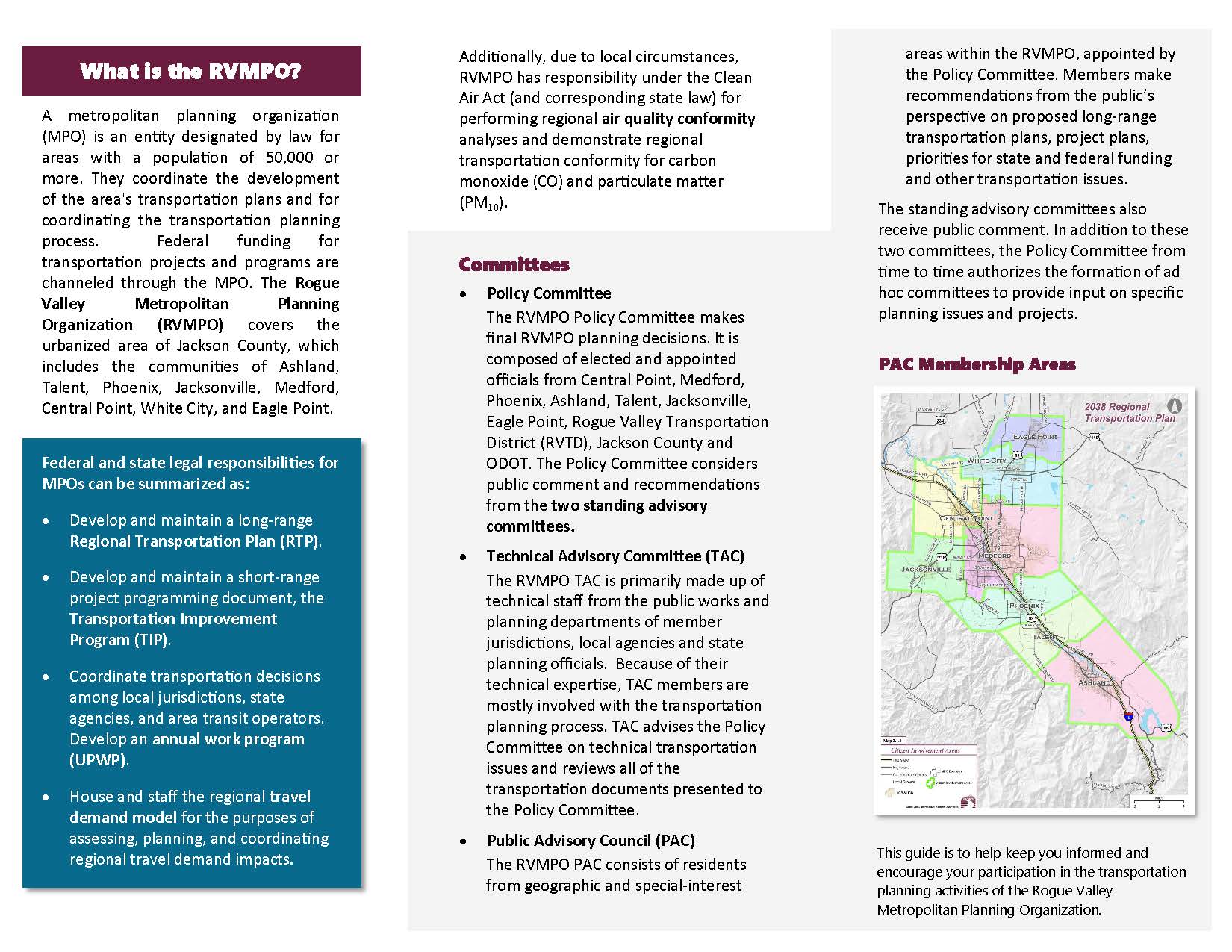 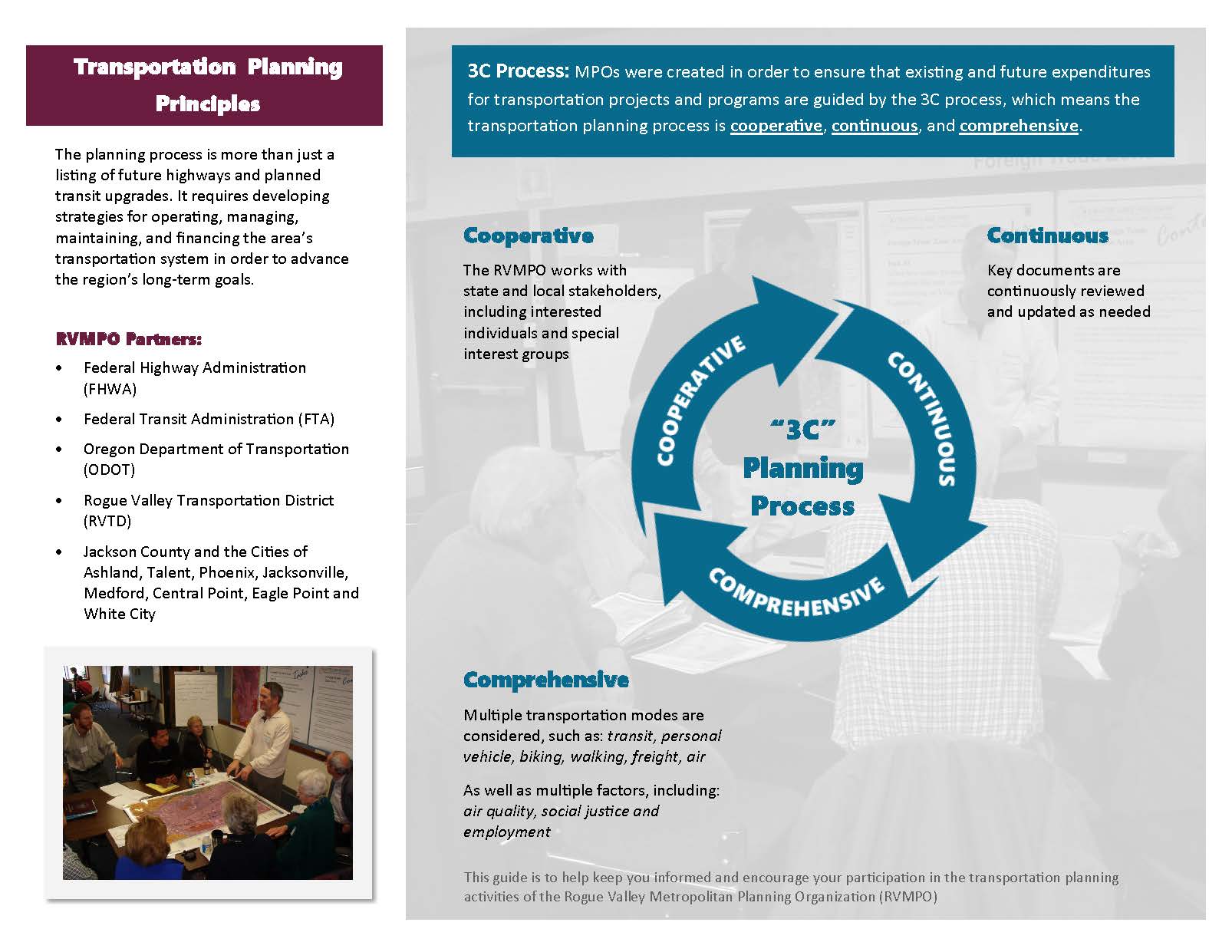 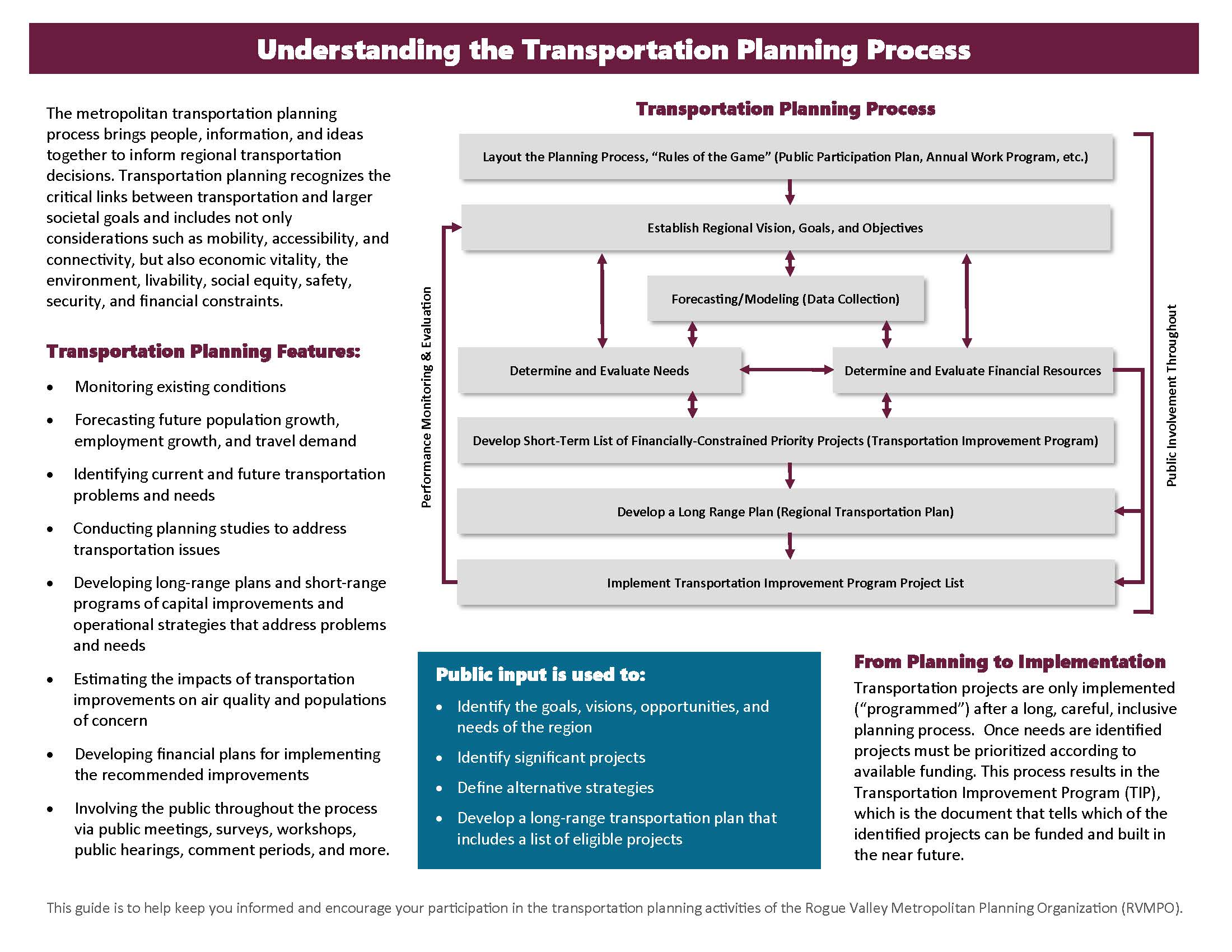 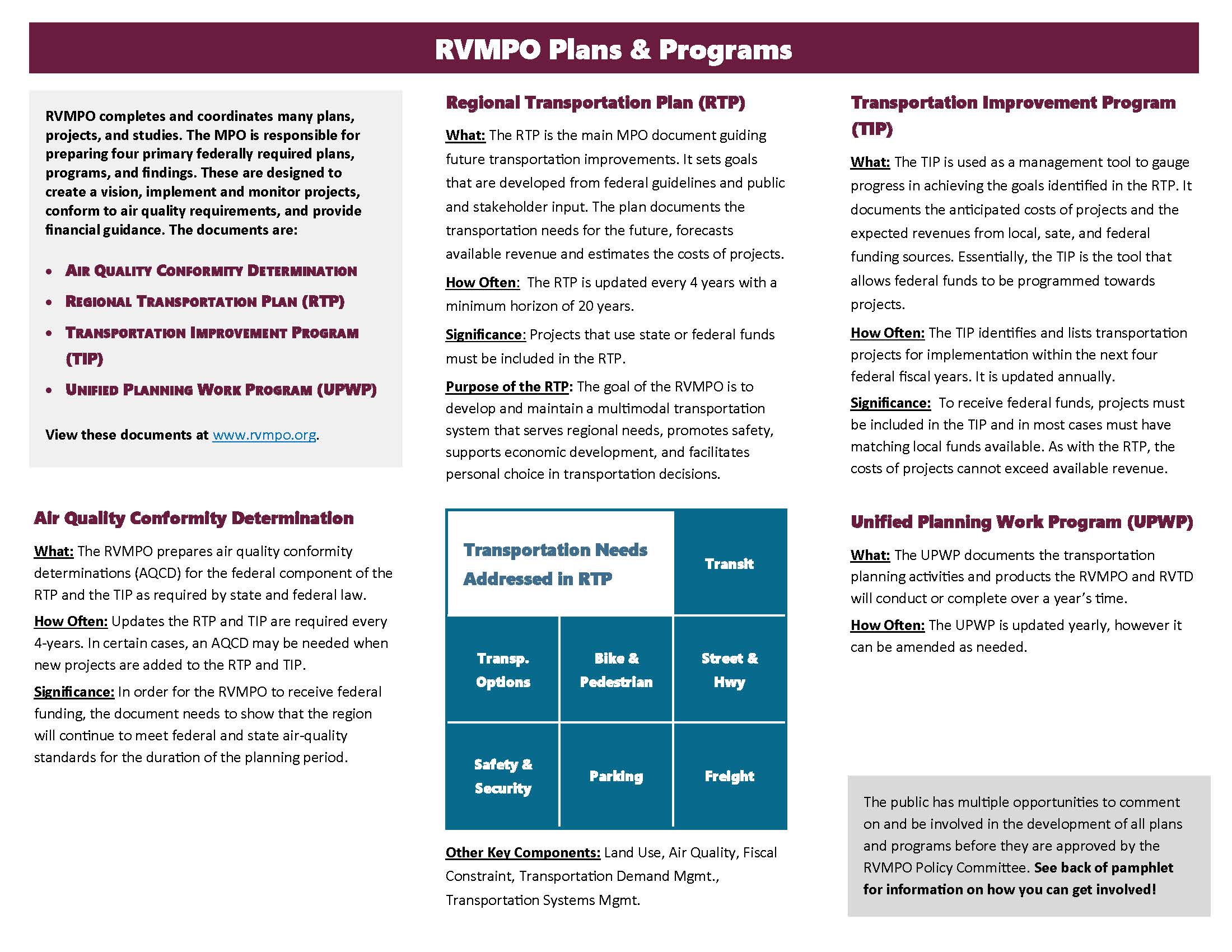 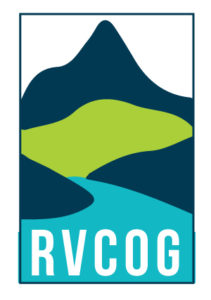